Devils claw in South Africa is a traditional medicine first used by the San and Khoikhoi people.

A flowering plant of the sesame family, its roots are packed with several active plant compounds and is used as a herbal supplement mostly in capsule, gel and tea form. Devil’s claw contains iridoid glycosides, a class of compounds which have anti-inflammatory effects. Some studies suggest that iridoid glycosides may also have antioxidant effects. This means the plant may have the ability to ward off free radicals.

Devils claw in South Africa has been used traditionally as a laxative and to treat arthritic and blood conditions, headache, fever, indigestion, pain after childbirth, and malaria. It is considered an analgesic, and a devil’s claw ointment is applied topically to boils, sprains, sores, and to ease childbirth. It has been used as a bitter tonic and for its anti-inflammatory properties, both internally and externally. Devil’s claw preparations also have folk uses in diabetes, gout, and tuberculosis, as a mouthwash for bleeding gums, and for hypertension, menstrual cramps, peptic ulcers, snakebites, lumbago (lower back pain), and wound and burn healing. In the Equine industry, Devils claw is also given to horses as it is beneficial for degenerative disorders, inflammation, pain due to arthritis and muscle pain.

From 1992 to 2013, Namibia exported more than 9,500 tons of dried devil’s claw root, with an average annual export quantity of approximately 435 tons. The main importing countries between 2009 and 2013 were France, Italy, Germany, Poland, Spain, and South Africa.

For a wild medicinal plant of southern Africa that has been commercialized and exported for only about 60 years, significant progress has been made in understanding the chemical composition, quality grades, and appropriate therapeutic uses of devil’s claw. The range states, Namibia in particular, with the local and indigenous communities that make their livelihoods by managing genetic plant resources, appear to be laying the groundwork necessary for equitable and sustainable trade and use of devil’s claw.

If used for medicinal purposes, devil’s claw powder is usually best for making tea since you can control the quantities easier.

Start by adding one teaspoon (1.5 grams) to one tablespoon (4.5 grams) of powdered devil’s claw to two cups of boiling water. Allow to steep for six to eight hours. You can then strain the tea, discarding the leftover root, and drink it in two to three doses throughout the day. To avoid gastrointestinal symptoms, drink the tea right before meals.

Devil’s claw is metabolized by the liver using an enzyme known as cytochrome P450 (CYP450). This is the same enzyme used to metabolize a number of other medications. In competing for the same enzyme, devil’s claw can interact with these drugs, causing them to accumulate in the bloodstream (leading to toxicity) or speeding their excretion (leading to a loss of efficacy).

If you are wanting to buy Devils claw in South Africa please visit our online African Herb shop here. 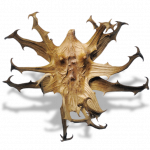