While there are a myriad of pharmaceutical drugs available and marketed specifically for their libido-boosting effects, many people prefer natural alternatives so here are our Top 10 Herbs to increase libido!

Losing your sex drive is not a good sign, for your health as well as relationship. Don’t panic just yet! Today’s stress levels and lifestyle make it quite a common problem to have. Ladies, sadly, you are more at risk than the men.

A lot of men want to know how to increase female libido instantly or look for female libido supplements or instant female arousal pills over the counter. Unfortunately, this won’t work and the majority are gimmicks or simply making wild marketing claims to get you to buy their sex pills in South Africa. That being said, women too, search online for drugs to increase libido in males.

It’s important to state that sexual health is a state of physical, emotional, mental and social well-being related to sexuality; it is not merely the absence of disease, dysfunction or infirmity.

So the first objective is to remove stress out of your life, easier said than done right? Wrong! Try learning to deal with your stress and finding ways or outlets to further reduce stress in your life.

Many people experience a lull in sexual desire and frequency at certain points in a relationship. This may occur after being with someone for a long time, or if a person perceives that things are not going well in their intimate relationships.

Focusing on improving the relationship can increase each partner’s sex drive. This might involve:

Getting regular exercise can help libido in many ways. Exercising together also has its benefits as not only do you get more time together and bond, but it may just increase your arousal too!

Smoking cigarettes can also have a negative impact on a person’s cardiovascular system. Good heart health is important for good sexual functioning. People who smoke cigarettes may find that their energy levels and sex drive increase after they quit.

The Top 10 list below is made up of herbs which may benefits both sexes, but some are sex specific.

Don’t take your sexual desire for granted! Take the herbal route to keep it alive and healthy.

When it comes to boosting sex drive, the list of foods with potential aphrodisiac properties is very long.

However, only a small proportion of these supposed aphrodisiacs are actually backed by science.

If you’re interested in giving the science-backed options a try, you may want to start with small amounts and increase the dosage based on your personal tolerance. 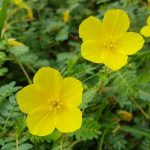