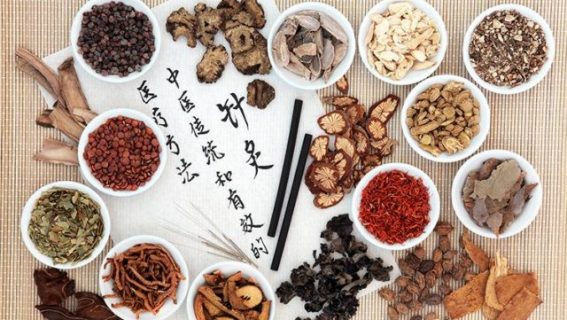 Traditional Chinese medicine (TCM) is thousands of years old and has changed little over the centuries. Its basic concept is that a vital force of life, called Qi, surges through the body. Any imbalance to Qi can cause disease and illness. This imbalance is most commonly thought to be caused by an alteration in the opposite and complementary forces that make up the Qi. These are called yin and yang.

Ancient Chinese believed that humans are microcosms of the larger surrounding universe, and are interconnected with nature and subject to its forces. The balance between health and disease is a key concept. TCM treatment seeks to restore this balance through treatment specific to the individual.

Chinese herbal remedies date back at least 2,200 years, although the earliest known written record of Chinese medicine is the Huangdi neijing (The Yellow Emperor’s Inner Classic) from the 3rd century BCE.

To restore harmony, the Chinese healer may use any of a staggeringly large array of traditional remedies. The patient may be treated with acupuncture or acupressure, moxibustion (moxa treatment), or cupping (in which hot glass cups are placed on the patient to draw blood to the skin). The Chinese healer may prescribe a brew prepared with one (or some combination) of thousands of medicinal plants or dried animal parts (e.g., snakes, scorpions, insects, deer antlers) in the Chinese pharmaceutical armamentarium.

In the West, herbal medicine is part of folk medicine. However, in China, there is a distinct tradition of Chinese folk medicine that is separate from the orthodox, rather academic TCHM approach. In this Chinese folk medicine, herbs are used more simply, somewhat in the manner of Western herbal medicine. Herbs most commonly used in this manner include astragalus root, dong Quai, ginger, kudzu ( Pueraria lobata ), licorice, Lycium, Panax ginseng, and schizandra.

An essential aspect of TCM is an understanding of the body’s qi (life force; literally, “vital breath”), which flows through invisible meridians (channels) of the body. This energy network connects organs, tissues, veins, nerves, cells, atoms, and consciousness itself. Generally speaking, there are 12 major meridians, each of which connects to one of the 12 major organs in TCM theory. Meridians are also related to a variety of phenomena, including circadian rhythms, seasons, and planetary movements, to create additional invisible networks. 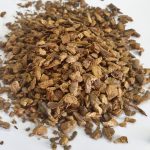