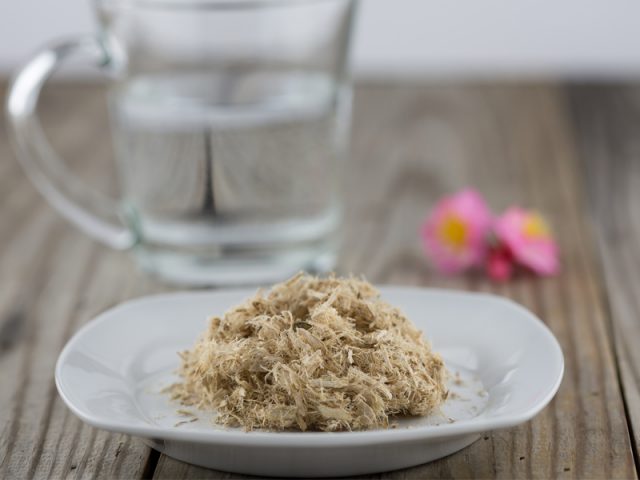 Slippery elm (Ulmus rubra) is one of the best-known medicinal tree barks. It has a history of use that goes back thousands of years. North American Indians utilized slippery elm for a variety of health issues and introduced it to European colonists, who quickly incorporated it into their pharmacopeia.

The name slippery elm refers to the texture of the inner bark, especially when moistened. The dried bark has historically been mixed with water and applied topically to treat wounds and skin irritations, and internally for sore throat, coughs, and gastrointestinal conditions. It contains a complex assortment of chemical and nutritional compounds including mucilage (hexoses, pentoses, methylpentoses), glucose, polyuronides, tannins, starches, fat, phytosterols, and various nutrients (calcium, iron, zinc, magnesium, potassium)

Slippery elm contains mucilage, a substance that becomes a slick gel when mixed with water. It coats and soothes the mouth, throat, stomach, and intestines. It also contains antioxidants that help relieve inflammatory bowel conditions. Slippery elm causes reflux stimulation of nerve endings in the gastrointestinal tract leading to increased mucus secretion. The increased mucus production may protect the gastrointestinal tract against ulcers and excess acidity.

Slippery elm powder is often suggested for the following conditions:

Slippery elm comes in many forms. The way you use depends on your treatment needs, but the most common way to consume slippery elm is either as a supplement or tea.

Because the demulcent constituents in slippery elm are best extracted with water, tea is an excellent way to imbibe this herbal ally as needed. Slippery Elm powder, either on its own, or mixed with marshmallow root, cinnamon powder, and even psyllium husks mixed with either water or warm milk and made into a soothing nighttime drink. This Slippery Elm powder brew has a whole host of gut beneficial compounds known to be pre-biotics.

Since slippery elm gels coat the lining of the digestive tract when ingested, the mucilage could prevent the absorption of other medications. Furthermore, slippery elm has been said to potentially trigger pregnancy loss and complications, so it is not recommended to consume while pregnant. If you have any health concerns, speak to a health care professional. 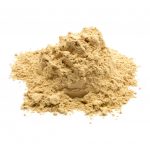