Hailed as`miracle muti’ and `wonder potato’, Hypoxis hemerocallidea,commonly known as African wild potato has been very much in the limelight during the past two decades and is today surrounded by controversy. It is a beautiful tuberous perennial, synonymous with the grasslands, where its yellow star-like flowers herald the arrival of spring and summer rains.

Hypoxis hemerocallidea (Hypoxis rooperi) commonly known as  is a medicinal plant in the Hypoxidaceae family. The plant has no relationship with the potatoes you’re probably most familiar with. It’s actually part of the lily family.  The plant is native to southern Africa from South Africa as far north as Mozambique and Zimbabwe. This plant is the best known member of this genus. Its most common name is the African wild potato. It is a hardy very attractive drought and frost tolerant deciduous geophyte that is extremely easy to grow which is an asset to any landscape or garden. It grows well in most soil types in full sun to partial shade where it flowers freely throughout summer.

The name Hypoxis was given by Linnaeus in 1759 and was derived from the Greek words hypo (below) and oxy (meaning sharp), in reference to the ovary which is pointed at the base. The specific name hemerocallidea is derived from the Greek hemera (a day) and kallos (beauty), presumably referring to the flowers which are short-lived and resemble the day lily Hemerocallis. African potato has been used as a traditional medicine for centuries. It is a household name in South Africa and probably the best known multi plant in the country.

Hypoxis hemerocallidea has been used as a traditional medicine for centuries and today, under its misapplied name ‘African Potato’, it is a household name in South Africa and probably the best known muti plant in the country. It has even been recommended by a former Minister of Health for inclusion in the daily diet of HIV patients.

Today it is an alleged component of numerous over-the-counter medicinal preparations. In a study on the plants sold at muti markets in the Eastern Cape, Hypoxis hemerocallidea was the most-traded plant.

The rootstock is traditionally used to treat a wide variety of ailments. Weak infusions and decoctions of the corm are used as a strengthening tonic and during convalescence, and against tuberculosis and cancer. It is also used for prostate hypertrophy, urinary tract infections, testicular tumors, as a laxative and to expel intestinal worms. Anxiety, palpitations, depression and rheumatoid arthritis are further ailments treated with the plant.

Hypoxis hemerocallidea is used to build up the immune system of patients suffering from cancer and HIV. A phytochemical derived from Hypoxis is hypoxoside. This is an inactive compound which is converted to rooperol, which has potent pharmacological properties relevant to cancer, inflammations and HIV. Extracts from H. hemerocallidea are also effective in the treatment of the urinary system.

Another compound isolated in Hypoxis is sitosterol or phytosterol, which is an immuno-enhancer. Sitosterols are found in many green plants, and this is the main component of the commercial product ‘Moducare’. However, the plant is no longer used to manufacture Moducare capsules. Pine oil and soya oil extracts are now used instead.

The plant and its derivatives are sold in many muti markets, and commercial products are widely available. However Hypoxis also contains toxic substances in the raw form, and has not been registered with the Medical Control Council for that reason. Warning: The raw products can be toxic and must be used with caution. 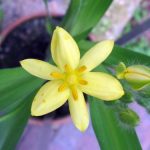 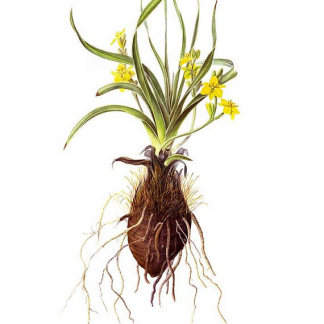