To make a black cohosh tea, put 20 g of dried root in 1L of water. Bring to a boil and then simmer 20 to 30 minutes until the liquid is reduced by a third. Strain, cover, and store in the refrigerator or a cool, dry place. The liquid keeps for up to 48 hours. Drink one cup 3 times daily.

In the 19th century, Blackroot was considered a miracle cure in the treatment of tuberculosis, feverish rheumatism, and chorea. It was soon forgotten by conventional medicine.  Verification of its homeopathic profile as a remedy led to its reputation as an important medication for women’s health problems.

The root contains triterpene glycosides and has been used in remedies for the relief of symptoms of menopause, premenstrual tension, and other gynecological problems.

Black cohosh is most often used to control the symptoms of menopause, such as:

People with pre-existing liver problems, or those taking any other medication/substance that affects the liver, should either avoid black root or check-in with their health care provider prior to use.

Black snakeroot may not be safe for:

People taking other medicines including birth control pills, hormone replacement therapy, sedatives, or blood pressure medicine should not take black cohosh without the approval of their doctors.

If you are wanting to buy black cohosh in South Africa we supply it in both 75g and 1kg options. 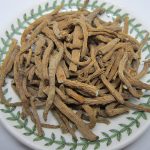 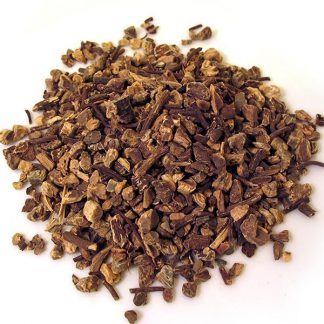