Please note the color does vary from harvest to harvest, sometimes green, sometimes brown, but it is always of high quality.

Historically, buchu has been used to treat inflammation, and kidney and urinary tract infections; as a diuretic and as a stomach tonic. Other uses include carminative action and treatment of cystitis, urethritis, prostatitis, and gout. It also has been used for leukorrhea and yeast infections.

Buchu has long been known at the Cape as a stimulant tonic and remedy for stomachic troubles, where it is infused in Brandy and known as Buchu Brandy. Its use was learnt from the Hottentots. The word “Buchu” originated from the Khoi-San people of southern Africa, and was a word used in reference to any plant that could be dried or powdered.

Indigenous to the Cape region of South Africa, this aromatic plant known for its essential-oil producing ability and its multiple healing properties. Known taxonomically as Agathosma betulina and Agathosma crenulata, its traditional benefits have made their way from Africa to the Western world.

The Cape Government exercises strict control over the gathering of leaves and has lately made the terms and conditions more onerous, in order to prevent the wholesale destruction of the wild plants, no person being permitted to pick or buy Buchu without a licence. Cultivation experiments have been made from time to time by private persons, and during the war experiments were conducted at the National Botanic Gardens, Kirstenbosch, the result of which indicate that, under suitable conditions, the commercial cultivation should prove a success.

Flavonoids found in buchu may modulate inflammation and strengthen connective tissue. They may be used in the acute and long-term use for chronic or recurrent UTI, reducing the symptoms caused by UTI’s. The diuretic actions of Buchu will also assist in the reduction of inflammation by helping to flush bacteria out of the urinary tract through its ability to increase urinary output, serving to reduce colonisation of the urethra by bacteria, reducing the duration of the UTI.

Buchu may be used in the form of a herbal tincture or a herbal tea. The tincture will deliver adequate quantities of the herb allowing its actions to be distributed throughout the body. The tea will support the herbal action of the tincture and simultaneously increase fluid intake.

Buchu tea is usually made using either fresh or dried leaves. Some versions of this herbal tea also include the flowers, seeds or bark.

This tea has a strong flavor and aroma. It is considered to have a pleasant and refreshing mint-like taste.

If you wish, you may always add honey to sweeten your tea or a bit of lemon juice to add some zest. It has a smooth and clean aftertaste. You can drink this tea up to 3 times a day.

Additional Tips: You can enjoy this tea as an iced tea, just remember to not overindulge in the summer, letting the thirst forget that you should not drink too much of this tea. Some people find that it is great to enhance the berry flavor of other beverages and use this herb to boost the flavor of cool drinks. Crushed leaves may be added to broth or thin soups, but should be strained when serving the dish. When making this tea to treat bladder infections or reduce water retention, you may blend it with other similarly diuretic herbs such as couchgrass, corn silk, cranberry, cleavers, dandelion, goldenrod, parsley or uva ursi.

If you are wanting to buy buchu in South Africa then you’ll be pleased to know that our buchu leaves are food grade and high quality. The colour may vary from green to brown. 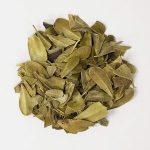 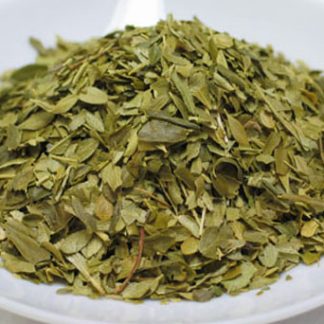