The first recorded use of Burdock root (Arctium lappa) dates back to the time of the Greeks.

Ancient herbalists, like Hildegard of Bingen in the 12th century, recognized Burdock’s power in helping their patients recover from illness. Over the centuries, Burdock Root was enlisted to alleviate constipation, ease childbirth, break up kidney and bladder stones, promote sweating, remedy stomach and intestinal disorders, and control arthritis and gout pains. In medieval times it was also commonly used as a cure for syphilis.

The historical use of burdock root is quite different from how we think of it today. For example, 1st century Greek physician Dioscorides recommended it for consumption and coughs, saying: “The root is large, white within, but black on the outside. One teaspoon of a decoction (taken as a drink with pine kernels) helps spitters of blood and corrupt matter.”

After taking his dog for a walk one day in the late 1940s (1948), George de Mestral, a Swiss inventor, became curious about the seeds of the burdock plant that had attached themselves to his clothes and to the dog’s fur. After nearly eight years of research he successfully reproduced the natural attachment with two strips of fabric, one with thousands of tiny hooks and another with thousands of tiny loops. He named his invention Velcro and formally patented it in 1955.

Burdock Root contains inulin, a soluble and prebiotic fibre that helps improve digestion. Acting as food for healthy gut bacteria, inulin helps regulate inflammation and remove toxins from the body. Burdock Root also contains mucilage which acts as a protection for the gastric mucosa (the mucous membrane layer of the stomach), helping it to heal – this is especially useful if it has been damaged by acidity or inflammation.

Diuretics can help to stimulate the kidneys, allowing urine to be passed more frequently and in greater quantity – this helps to cleanse the kidneys and can prevent water retention. By increasing the rate of urination, Burdock Root can help to remove waste from the blood and body. It is important to note that if you are dehydrated you should postpone consuming Burdock Root until you are fully hydrated.

Research has shown that Burdock Root contains multiple types of powerful antioxidants, including quercetin, luteolin, and phenolic acids. Antioxidants can shield the body against cell-damaging free radicals. The high antioxidant count in this root has been shown to help lower inflammation, including joint issues such as arthritis in numerous studies.

An important part of the immune system and the body’s inner drainage system, the lymphatic system is a network of tissues and organs that help rid the body of toxins, waste and other unwanted materials. The primary function of the lymphatic system is to transport lymph, a fluid containing infection-fighting white blood cells, throughout the body. Strengthening this important bodily system with Burdock Root can help to ward off all a whole host of serious health issues. Burdock Root is one of those rare herbs that stimulate lymphatic drainage and detoxification.

Burdock Root is also “diaphoretic”, meaning it increases sweating – another important route via which the body eliminates toxins.

The antioxidants in Burdock Root especially help to protect the liver against poisonous substances. The compounds that give Burdock its bitter taste can help stimulate bile production, helping the liver flush away toxins with more speed and ease.

With a well documented historical use as a remedy to many skin problems, it has been discovered that Burdock contains plant chemicals known as “polyacetylenes” which have anti-fungal and antibiotic qualities. This is especially useful in cases of acne, helping to fight off acne causing bacteria such as streptococcus.

Burdock Root acts on the blood and circulatory system and contains active compounds such as arctiin and lignans which have matrix-stimulating properties, thus promoting supple and younger looking skin. It can also be beneficial for eczema due to its blood purifying activity. As a natural detoxifier, Burdock Root can also help to clear the body of harmful toxins that can damage the skin.

A typical dosage is one to two grams of powdered dry root up to three times per day.

Burdock can be made into a herbal Tea. Use 1-2 teaspoons per cup of boiling water and steep for 3-10 minutes.

Burdock Tincture is traditionally taken 2-3ml, 2-3 times per day or as directed by a Herbal Practitioner.

Learn how to make a herbal here.

Burdock root is generally regarded as safe, however, some people should avoid it. For instance, people with diabetes who take blood-sugar lowering medicines should not use burdock root as it may cause hypoglycemia. Burdock has been used traditionally as a diuretic to increase urine output and taking additional diuretics while using it isn’t recommended as it may cause dehydration. Burdock may also trigger an allergy in people sensitive to daisies, chrysanthemums, or ragweed.

Discontinue use and see your healthcare provider if you suspect an allergic reaction. If you have a sensitivity to foods high in inulin (such as artichokes, asparagus, or leeks), you may experience temporary gas or bloating after eating burdock root. Avoid use if you’re pregnant, as the herb has been reported to stimulate the uterus and possibly cause premature labor. 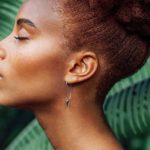 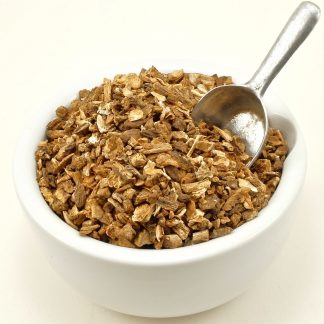