Are you wanting to buy Cannabis Oil South Africa?

You’ve heard a lot about cannabis oil lately – and for good reason. It’s a great method for consuming cannabis with a long list of benefits, and a good option if you are new to medical cannabis or don’t like the idea of inhalation. Figuring out how to use cannabis oil can seem a little complicated at first, but we are here to help. This article will go over the basics of how to use cannabis oil so you can learn how to make it work for you.

Rick Simpson Oil (RSO), an oil made from the flowers of the cannabis (dagga) plant, gets attention online from people who claim it treats cancer. There’s no solid evidence for it. But some early research suggests that some chemicals in dagga have future potential as a cancer treatment.

Thousands of South Africans buy cannabis oil for a variety of health reasons.

What is cannabis oil?

Cannabis oil is extracted from the cannabis plant Cannabis sativa. The plant’s medicinal properties have been touted for more than 3,000 years. It was described in the ancient Eygyptian Ebers papyrus around 1550BC, and it was likely used as a medicine in China before that. Some varieties of the plant contain high levels of the psychoactive substance tetrahydrocannabinol (THC), which is responsible for the “high” that comes from smoking or eating cannabis leaves or resin. The plant’s other major chemical component is cannabidiol, which has no psychoactive effect. Both act on the body’s natural cannabinoid receptors which are involved in many processes such as memory, pain, and appetite. The cannabis plant also contains more than 100 other different cannabinoid compounds at lower concentrations.

Choosing a method of cannabis consumption is about personal preference. While cannabis oil doesn’t work as fast as inhalation methods like vaping or smoking, it can work more quickly than ingesting edibles. It also comes in a variety of potency options, from oils that contain only CBD to those with a wide range of THC concentrations.

The most effective way to take cannabis oil is sublingual, where the oil is placed under the tongue with a dropper and absorbed by the mucous membranes that lead directly to the bloodstream. This method allows it to bypass the stomach, which raises the bioavailability (the number of cannabinoids that make it to your bloodstream when your body absorbs the medicine) and takes about 15 to 30 minutes to kick in.

You can also use cannabis oil like you would an edible or a capsule by adding it to food and drinks. While this method is effective, the bioavailability of anything you ingest is generally lower, meaning you won’t absorb the cannabinoids as thoroughly because they must pass through the stomach and the liver. Ingesting cannabis oil can take anywhere from 30 to 90 minutes to kick in depending on things like what you’ve eaten and the speed of your metabolism.

If you are wanting to buy pure cannabis oil in South Africa, we supply RSO oil in 10ml, 20ml, and 50ml options.

Please consult with your doctor if you are planning on using cannabis oil for medicinal purposes. 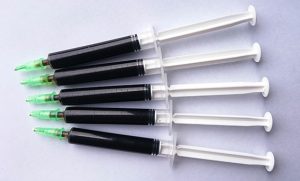 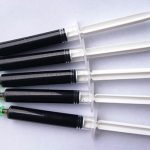