To make catnip tea, mix 2 teaspoons of dried catnip leaves or flowers with 1 cup of boiling water. Add lemon juice and honey, stir, and let cool for several minutes. Many people prefer a steeping time of about 10 to 15 minutes.

Catnip herb cut belongs to the mint family and is famous for its effects on felines. You might be surprised to know that the herb also benefits people in many ways. Tea enthusiasts may brew tea for health or recreational purposes. It is known to help relieve conditions such as stress, insomnia, fever, and cold.

It is believed that Egyptians were amongst the first people to discover catnip due to their love of cats. The Romans also regarded this herb highly and are said to have used it in traditional herbal medicines and recipes to drive away infections.

Americans began to use catnip herb cut around the 18th century. History shows that when settlers moved to the New World, they took the plant cuttings with them for food and medicinal purposes. A recipe from Massachusetts 1712 lists catnip as one of the ingredients.

Native Americans adopted this herb in their medicines and recipes when they found it. It was also thought to relieve female menstrual problems. Some of the American tribes used catnip to treat colds coughs, sore throats, fevers, pneumonia, and colic. The Mohegan tribes believed that tea made from catnip leaves would relieve infant colic.

The active ingredient, which causes unusual behavior in cats, is a volatile oil called nepetalactone, which can be found in the leaves & stem of the plant. It is also interesting to note that this essential oil was found in one study to be about ten times more effective at repelling mosquitoes than DEET, which is the active ingredient in most insect repellents. It has a long tradition in England and France as a kitchen aid. It was also used occasionally as a stimulating drink until the introduction of black tea. Several Native American tribes used it to support immune function and for relaxing muscle spasm and cramps associated with digestion. Catnip supports healthy digestive motility.

Catnip is particularly effective in aiding digestive issues, especially constipation, excess flatulence, cramping, and bloating. Catnip is a carminative, helping to remove air stuck in the intestines by pushing it downwards until it’s expelled from the body. The relaxing, anti-inflammatory effects of Catnip’s organic compounds can ease the knots and inflammation of the gastrointestinal system and relieve tightness and discomfort.

Catnip is so safe it is a long standing remedy for irritability and restless sleep in toddlers and babies. The sedative nature of this wonderfully calming herb helps to induce a fitful and restful sleep, making Catnip the go to remedy for insomnia or other sleep related problems. The phytochemical “nepetalactone”, responsible for its effect on cats, also contributes to its sedative effect on humans.

The active components of Catnip are “iridoid glycosides”, which are thought to contribute to this herb’s anxiolytic and sedative effects. Used by herbalists for centuries to treat anxiety and other nervous disorders, it works particularly well against tension headaches and can induce a sense of relaxation, triggering relief from stress and anxiety.

Fevers are usually regarded as a symptom of an acute infection or underlying illness. In response, the body raises its temperature in order to stimulate the immune system and speed up detoxification. A fever is the body’s natural defense against infection or illness and having a fever is a good indication that the body’s immune system is taking action. Reducing a fever can actually be counterproductive and may actually increase a cold or virus’s duration. Using herbs to help your body sweat out a fever while supporting and strengthening your immune system will help you get well faster. Catnip is classed as a “diaphoretic” herb, meaning it can induce perspiration without raising body temperature to help break a fever. Drinking it hot as a tea will help enhance its effects.

A hot Catnip infusion works as an excellent antiseptic inhalant and as a remedy for tender throats, coughs, colds and flu, in addition to working as a decongestant to alleviate sinusitis and catarrh as well as relaxing croup and asthma.

Catnip possesses antiseptic attributes which are effective in treating skin infections. This herb contains high levels of tannins which help to accelerate the process of repairing damaged tissues and stop hemorrhages from grazes and cuts. The tannins are also useful in curing burn injuries and scalds, insect bites, piles and skin problems. 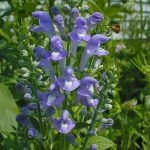 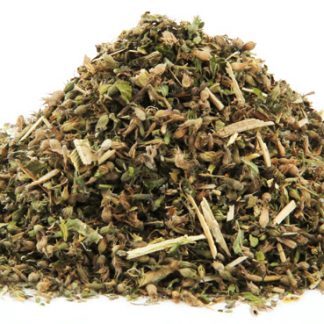