Celery seed (Apium graveolens) is a common spice but it is also sold in dietary supplement form. In herbal medicine, celery seed is sometimes used as a diuretic, which can help lower blood pressure. It also has a long history of use in certain systems of alternative medicine such as Ayurveda to treat conditions including cold and flu.

Scientific evidence to support the use of celery seed as a treatment for any health condition is lacking. However, Apium graveolens is known to contain a number of substances that may influence health.

Celery contains a plant compound called apigenin, which plays a role in traditional Chinese medicine as an anti-inflammatory, antibacterial, antiviral, and antioxidant agent.

It may also have properties that help combat cancer.

According to the authors of a 2016 review, lab tests have shown that apigenin may contribute to apoptosis, a kind of programmed cell death, which could make it useful as a cancer treatment.

In 2015, researchers behind a study in mice concluded that apigenin and apigenin-rich diets reduced the expression of certain inflammatory proteins. In this way, these substances may reduce inflammation and restore the balance of the immune system.

Thankfully there are lots of ways to easily incorporate celery seed into your cooking. Celery seed is known to pair well with tomatoes, so it can amp up the nutrient density of your Bloody Mary or tomato sauce if you use seed powder. If you enjoy a morning shake or post-workout smoothie, you can also add celery seed powder to your blender along with apples, maca root powder and kale to add some nuance to the flavors. 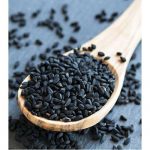 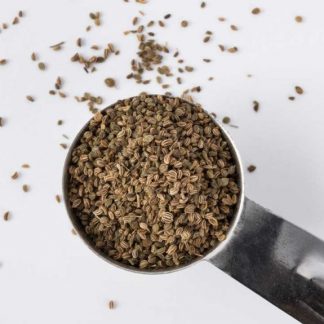