Cleavers Bedstraw is originally native to Europe, parts of Northern Africa and also wide areas of temperate Asia. Also known as Bedstraw because it was used to stuff mattresses. This herb is a persistent, sticky plant that grows profusely and ‘cleaves’ to you by reaching out and grabbing hold, not only to you but also to itself, when you pull it up. Some say the little hooks along the plant’s stem inspired the Velcro cling, while others attribute that to burdock root. Through trading and colonisation, this sticky weed has found itself in many locations around the world.

The young shoots and leaves are perfectly edible. Although they are usually at their best flavor before flowering begins. The flavor can be quite bitter, so it can be an acquired taste for some. They become much more mild when cooked through, so using the leaves in a soup or stew would be a great way to experiment with them first.

The fruits (burrs) of cleavers bedstraw, like chicory roots, have even been used as a coffee substitute. When dried, roasted and ground they create a bitter powder which has much less caffeine than traditional coffee.

Cleavers is believed to support the immune system and have diuretic, antispasmodic, and anti-inflammatory effects. In addition to research on cancer, cleavers has been used on skin conditions, like psoriasis and eczema.

Although more human studies are needed, cleavers has been shown to act as an immunomodulator by promoting the proliferation of lymphocytes (a type of white blood cell). This effect suggests the potential for immune system benefits and cancer cell reduction.

The herb also has diuretic and anti-inflammatory properties and is often used to treat issues involving the kidneys and urinary tract.

Some people develop contact dermatitis, aka a rash or itchy areas of the skin, when touching this herb. If you are one of these people, please do not eat this plant. If you have skin allergies, there is an excellent chance you would also be allergic to eating it, and those allergies are more serious. Cleavers may work to stimulate uterine contractions in women, so don’t eat them if you are pregnant, may become pregnant or nursing. Finally, diabetics, people on high blood pressure and/or blood thinning medications should avoid cleavers. 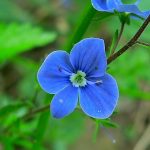 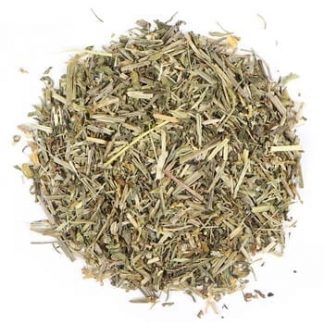