Pour 1 cup of boiling water onto 2 teaspoonfuls of petals and let infuse for 10-15 min. Drink 3 times a day.

The Cowslip takes its name from the Anglo-Saxon cu-sloppe, a reminder of the days when they bloomed in meadows among dairy herds. It is also speculated that the name resulted because the scent of the flowers has a unique milky aroma like that of a cow’s breath or that of a new baby.

Traditional uses and benefits of Cowslip:

An infusion can be made using dried Cowslip flowers over which boiling water is poured. It is left to infuse for ten minutes and then drunk as a treatment for colds.

Cowslip tea is used against insomnias and is obtained from 50 g of cowslip herb, 25 g of lavender flowers, 10 g of St. John’s wort herb, and 15 g of hop plant. A spoonful of the above mentioned quantities is mixed in 0.25 liters of water and is let to sit for 3 minutes. The tea is consumed very warm in small gulps.

Cowslip syrup can be made by mixing the crushed flowers with honey and water. This home remedy is used in cases of breathing disorders like asthma and to treat coughs.

If you are wanting to buy dried Cowslip primrose in South Africa we supply it in 75g and 1kg quantities. 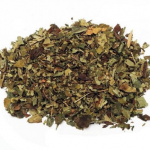 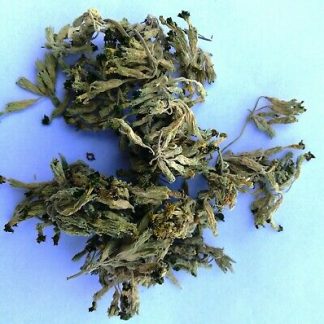