How to make dandelion tea at home

Dandelion Herb Root cut (Taraxacum officinale) has been cherished for its tremendous healing properties since ancient times. Although most people think of dandelion as a pesky weed, the plant has long been used in herbal medicine to aid in digestion and help stimulate appetite. The entire dandelion plant from root to blossom is edible with a slightly bitter, chicory-like taste.

According to Chinese old medical text (659 A.D), this plant was used at the time for example to treat  indigestion, inflammation of the caecum and inflammation of the breast. In the West, the dandelion became known as a medicinal plant around the 10th and 11th centuries, when an Arab healer wrote about the usefulness of this plant in his medical journal. Once introduced in Europe, dandelion became a valued medicinal plant throughout Europe.

The bitter ingredients in dandelion flowers are extremely beneficial to the body by stimulating the activity of the stomach and digestive glands, thus promoting the digestion of food. This flower surpasses any vegetable in its richness of nutrients.

There are no guidelines for the appropriate use of dandelion root. However, in Europe, both the European Commission and the British Herbal Pharmacopoeia recommended the following range of doses considered safe for adults.

Because dandelion extract goes through the blood, liver, and kidneys when ingested, it may interact and cause changes in the prescribed effects of some drugs:

Consult your physician before making changes to your medicine intake or before drinking dandelion extract. 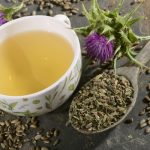 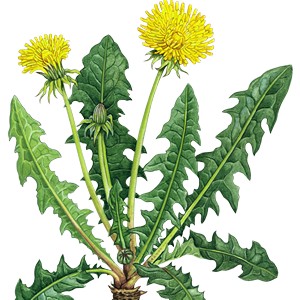