Decoction: 1-2 teaspoons of root in 1 cup of cold water. Bring to the boil and simmer gently for 10-15 minutes. Strain. Drink 2-3 times per day.

Dong quai root has been used for more than one thousand years as a spice, tonic, and medicine in China, Korea, and Japan.

It is still used often in Traditional Chinese Medicine (TCM), where it is usually combined with other herbs. It is often prescribes to treat women’s reproductive problems, such as dysmenorrhea or painful menstruation, and to improve blood flow.

Although research on dong quai’s health effects is limited, some preliminary studies suggest the herb might be helpful for arthritis and osteoarthritis.

In a 2014 study on cells taken from both human cartilage and rats, scientists observed that compounds extracted from dong quai might inhibit the osteoarthritis-related breakdown of cartilage.

Since dong quai may have anticoagulant and estrogen-like effects, it should not be used by:

Due to its estrogen-like effects, it should also be avoided by people with hormone-sensitive conditions such as:

If you are wanting to buy Dong Quai root in South Africa we supply it in 100g and whole dong quai root in 1kg. 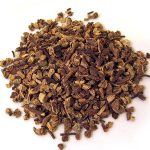 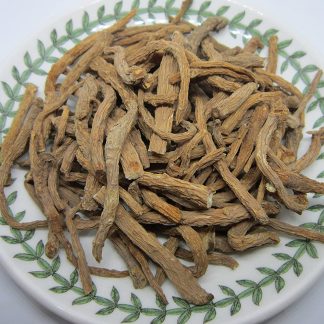