Echinacea tea can be made with dried plant material. Start with 1/4 cup of loose leaf dried echinacea and pour about 250ml of boiling water over the herb. Allow the mixture to steep for about 15 minutes.

Echinacea has been utilized for hundreds of years in North America in part because it is a botanical that is native to this continent. It was used extensively by Native Americans and by eclectic physicians in the late 19th and early 20th centuries. By 1921, echinacea was by far the most popular treatment prescribed by eclectic physicians to treat a wide range of conditions, including syphilis, dysentery, and even snakebites.

As with any plant, the chemical make-up is inconsistent throughout the entire plant. For example, recent studies have shown that the root contains a diverse mixture of active chemicals that are beneficial for acute conditions. Harvesting, processing, and manufacturing (as well as which part of the plant is used) will ultimately determine how it affects the immune system. As a general rule, extracts prepared using ethanol contain higher levels of alkylamides and phenolic compounds, while extracts prepared using water are more likely to contain compounds such as polysaccharides, lipoproteins, and glycoproteins.

Several clinical trials have shown that people who take echinacea as soon as they feel sick reduce the severity of their cold and have fewer symptoms than those who do not take the herb. One study of 95 people with early symptoms of cold and flu (such as runny nose, scratchy throat, and fever) found that those who drank several cups of echinacea tea every day for 5 days felt better sooner than those who drank tea without echinacea.

People with tuberculosis, leukemia, diabetes, connective tissue disorders, multiple sclerosis, HIV or AIDS, any autoimmune diseases, or, possibly, liver disorders should not take echinacea. There is some concern that echinacea may reduce the effectiveness of medications that suppress the immune system. 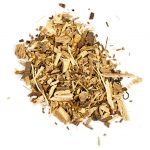 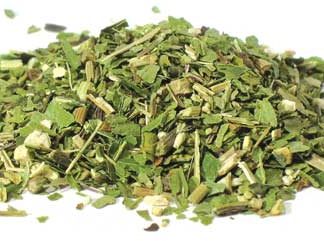