When it comes to the Ginkgo biloba, it has a pretty interesting history. The Ginkgo tree is the oldest living tree in the world and the only surviving member of the Ginkgo family. Because of this, the tree is referred to as a ‘living fossil’. It supposedly has been around since the time of the dinosaurs, and one tree in China is about 3,500 years old.

Before the Ice Age, the tree was found worldwide. The species was nearly destroyed during that time and, legend has it, survived only because it was carefully cultivated by Buddhist monks in China and Japan who believed it to be sacred.

The medicinal uses of Ginkgo biloba can be traced back to the oldest Chinese medical literature (2800 B.C.). Traditional Chinese medicine prescribes ginkgo leaves for their ability to “benefit the brain.” Ginkgo leaf extracts are now among the leading prescription medicines in both Germany and France, where over 100,000 physicians write more than 10 million prescriptions yearly.

In the 1960s, German researchers first extracted the active ingredients of ginkgo, called Ginkgo biloba Extract or GbE. They named the extract GbE 761 which is known in the US as Ginkgo biloba 24/6. This reflects that the standard extract has 24% ginkgo flavone glycosides and 6% terpene lactones. Amounts of other constituents, notably bilobalide were also defined.

The first Westerner to encounter ginkgo — or at least the first Westerner to encounter it and write about it — was Engelbert Kaempfer, who was with the Dutch East India Company at their trading station in southern Japan in 1692. When he returned, he wrote his account of his time in Japan. He is the one who first uses the word in the Western literature — ginkgo — and he provides an illustration of it. But probably living plants weren’t introduced into Europe until a few decades after that — perhaps in the 1750s.

Ginkgo biloba is an antioxidant-rich herb used to enhance brain health and treat a variety of conditions. Although dietary supplements typically contain extracts of the plant’s leaves, ginkgo biloba seeds are commonly used for healing purposes in traditional Chinese medicine.

Ginkgo contains numerous flavonoids, compounds that proponents suggest can protect against aging-related issues such as dementia by improving blood flow to the brain, among other benefits.

Ginkgo biloba is said to aid in the treatment or prevention of the following health problems:

In addition, ginkgo biloba is said to preserve memory, as well as promote recovery from stroke.

So whether you take ginkgo for depression, to improve memory or promote longevity, to prevent stroke and heart disease, or to reduce tinnitus, making ginkgo part of your daily routine is a good idea. This simple herb has been protecting the health of humankind for centuries. With increased acceptance and awareness by both the lay and medical communities, it will be helping humankind for centuries to come. 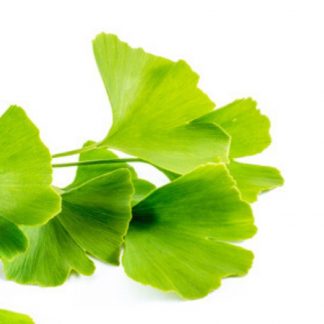