Available in 50g and 1kg variations.

Siberian ginseng root was used in Eastern Europe as a folk remedy for hundreds of years, but it was not until the 1940s that it became a popular herb in Russia and Europe.

The family of ginseng plants has historically been used for medicinal purposes. Korean ginseng, also called Asian, red, or white ginseng, has been used in China for thousands of years. In China, it is a celebrated herb known to promote strength, energy, and longevity. American ginseng was discovered in North America in the early 1700s and has since been used as a medicine and tonic. Siberian ginseng has been used in Chinese medicine for more than 2,000 years, to increase energy and vitality and to treat respiratory and other infections, although Chinese herbalists use Korean and American ginseng much more frequently.

Traditionally, Siberian ginseng root has been used as an adaptogen, a compound that increases one’s ability to adapt to environmental factors, including physical and emotional stress.

Siberian ginseng can be used as an overall strengthener for the body and immune system. It is an effective herbal support for stress, fatigue, and exhaustion; for athletes in training; for prevention of colds and flu; for those undergoing chemotherapy or radiation treatment; and for people suffering from chronic diseases such as chronic fatigue, fibromyalgia, or AIDS. Siberian ginseng is also used to aid recovery from nervous conditions like depression, anxiety, or nervous breakdown.

Add a tablespoon of Siberian ginseng slivers into a stainless steel tea ball. Place your tea ball into the hot cup of water and soak it for five minutes. Enjoy your tea as is or add some lemon, honey, or mint for flavor. 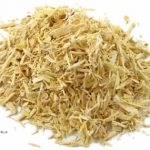 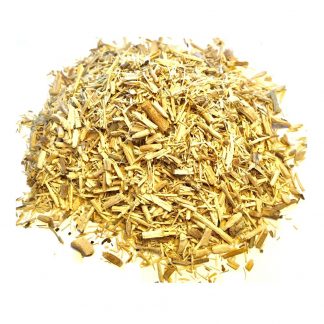