Make an infusion using 3g (1 – 2 tsp) of herb in a cup of boiled water. Steep and drink twice daily one hour before meals.

Holy thistle was a component of many herbal remedies used to combat the plague. The herb was cultivated in monastery gardens as a cure for smallpox. Its specific name is in honor of St. Benedict, the founder of a holy order of monks.

Cnicus is derived from the Greek word knizein, which means ‘to torment’ and refers to the plant’s thorns. The old nomenclature Carduus means ’thistle’, under which family name the plant was formerly classified. The species name Benedictus is the subject of speculation.  On the one hand, the meaning ‘blessed’ may refer to the healing powers of the plant while, on the other hand, it may refer to the Benedictine monks who used the plant in the Middle Ages to combat the plague. In the 17th century, Matthiolus wrote of the blessed thistle: ”…there is hardly a better medication for cancer and other rotting damage.” Cancerous growths on the outer body were washed with ’cardobenedictine‘ water and sprinkled with the crushed herb.

Blessed thistle, also known as holy thistle, has been used since the Middle Ages to treat bubonic plague, promote digestive health and prevent infection. Today, blessed thistle is most commonly used to increase the production of breastmilk in nursing mothers.

Blessed thistle is typically prepared as a tea using the tops, leaves, and upper stems or sold as a supplement in capsule, tincture, or powdered forms. In addition to promoting lactation, blessed thistle is believed to stimulate appetite and treat diarrhea, indigestion, colds, and flu. Others apply blessed thistle directly to boils, abscesses, and other skin infections to speed healing.

Blessed thistle contains tannins which might help diarrhea, coughs, and inflammation. However, there isn’t enough information to know how well blessed thistle might work for many of its uses. 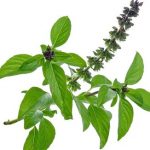 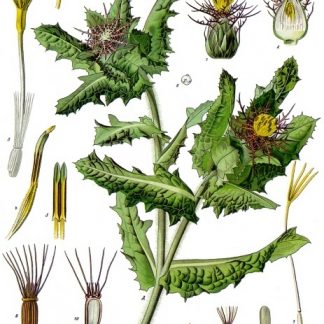