Pour 1 cup of boiling water onto 1-2 teaspoons of herb. Leave to infuse for 10-15 min in a covered container. Strain and drink 3 times a day.

Available in 75g and 1kg variaions.

South Africans use hyssop in culinary dishes and for its health benefits.

Now that winter is upon us you would be wise to stock up some of this magical herb! Even better is to have it growing in your garden and be able to harvest it for future use.

Hyssop is not native to South Africa, but its popularity is increasing and more gardeners, chefs, and herbalists are beginning to grow this plant. The name Hyssop comes from the Greek word hyssopos and the Hebrew word for Azob, a holy herb, used for cleaning sacred places. Hyssop is a native of southern Europe and the Mediterranean. It is not clear when it was brought to England. It may have been as early as the 13th Century as it has become naturalized on the wall of Beaulieu Abbey, which was founded in 1203 or 1204. The cultivation of ‘Ysope’ is described in the Feate of Gardening which dates to before 1440.

The Hebrew people called this herb azob, meaning “holy herb.” Hyssop was used in ancient times as a cleansing herb for temples and other sacred places. It was also used to repel insects. The Romans used hyssop to bring protection from the plague and prepared an herbal wine containing hyssop. In the Bible, lepers were treated or perhaps simply cleansed with hyssop. The hyssop was said to be dipped in the blood of a living bird and a sacrificial bird, wrapped with scarlet wool and attached to a stick or wand of cedar wood.

Health Benefits
A 2014 review by researchers Zielinska and Matkowski found evidence that herbs in the Lamiaceae family, which includes hyssop, may be able to destroy cancer cells.

A 2017 study out of India suggests that hyssop may be one of the more potent anti-cancer herbs in this family, killing 82 percent of breast cancer cells in laboratory studies. While this is extremely promising, it must be replicated in human studies before we’ll know whether it’s a safe and effective treatment.

Many of the traditional uses involve indigestion, and a 2014 study uncovers a possible reason for that. Researchers found that it acts against two chemicals in the body that are implicated in ulcers: urease and a-chymotrypsin.

Because of this, they concluded that hyssop may be an effective ulcer treatment. We’ll need human studies to know for sure. A 2017 analysis of numerous Persian medicinal plants showed that hyssop and several other plants were able to improve inflammation, oxidative stress, allergic response, tracheal smooth muscle constriction, and airway remodeling in asthma They suggested further trials to see what role these herbs may be able to play in the management of asthma.

A 2014 study published in Preventive Nutrition and Food Science named hyssop among several plants researchers believe to have two properties that give them anti-aging effects on the skin: they’re antioxidants, and they suppress the storage of fat in the body.

Antioxidants fight against the effects of oxygen and environmental toxins, which can not only age the skin but lead to numerous diseases. They do this by stabilizing cells called free radicals that are harmful to our health.

Excessive accumulation of fat, according to the researchers, can cause unwanted changes to the tissue structure of your skin, which make it appear older.

A team of researchers in Romania published an article in a 2014 edition of the journal Molecules that explored the antioxidant and antimicrobial activity of hyssop.

Their work revealed high levels of polyphenols (a type of antioxidant) and good antioxidant activity. On top of that, extracts and oils from the plant showed moderate antimicrobial, antifungal, and antiviral properties.

However, these were results in a laboratory setting, not in the human body. We’ll need further research to confirm the possible benefits of hyssop in these and most areas.

A paper from the same journal in 2009 had similar results, showing that hyssop essential oil had some antibacterial and antifungal properties. Later work has supported the theory.

A 2012 study published in the journal Acta Poloniae Pharmaceutica also found nitric oxide scavenging activity, which supports the theory that hyssop is an antioxidant. A growing body of literature supports this contention.

Few viruses are as well-known to the general public, or as common, as herpes simplex 1 and 2. Hyssop may have some use in preventing the spread of these viruses.

A 2016 review of studies on Iranian herbal medicines for herpes simplex viruses (HSVs) lists several studies showing that, in mice, an extract of hyssop was able to slow the onset of infection by HSV-1 by more than 50%.

Because of how common herpes infections are, and because the virus stays in your system permanently, it’s likely that we’ll see more research in this area.

A 2018 review of the literature on Lamiaceae plants against the retrovirus HIV showed promising preliminary results. Researchers said the plants appear to target structures that allow the virus to attach to—and therefore infect—cells. They may also destroy key enzymes that HIV relies on for its life cycle.

Researchers concluded that these plants may help prevent and treat some viral diseases and mention several aspects that are worthy of further investigation.

Other Possible Effects. The Zielinska review mentioned above also listed several effects of hyssop that are supported by early research, including:

Nociceptors are specialized sensory cells that detect and respond to stimuli, such as pain and heat, without having to first send signals to the brain. These cells can become hypersensitized in some chronic pain conditions, such as fibromyalgia.

Even natural treatments can come with unwanted side effects, and hyssop is no exception. The herb is believed to be relatively safe at levels commonly used in foods; however, at high doses, it can be dangerous. Some people should avoid hyssop entirely.

Possible side effects include:

We don’t have enough information to say whether hyssop is safe to use while breastfeeding, so it is best to avoid it if you are nursing. Children shouldn’t use hyssop at all due to the increased seizure risk.

If you are wanting to buy dried hyssop in South Africa then we have 75g and 1kg options for you to choose from. 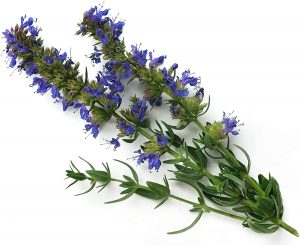 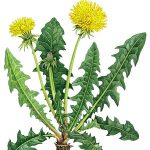 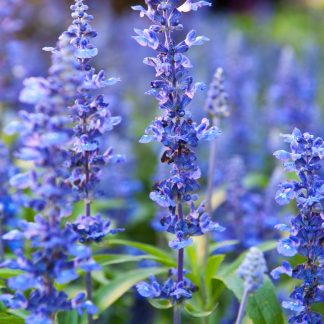