For external use: one part tincture to five parts water. For gout and sciatica, tincture compresses are used on the affected areas daily for one hour.

The name mistletoe is said to derive from the Celtic word for “all-heal.” This correlates with its historical use for everything from nervous complaints to bleeding to tumors. It is difficult to categorize all of the uses of mistletoe, particularly when one looks at the vast number of uses for this herb in traditional Chinese and Korean medicine. In the early 20th century, Rudolf Steiner created what is known as anthroposophical medicine. This mystical system used a variety of unusual remedies, including special extracts of mistletoe for injection. Steiner helped bring mistletoe into the modern era of scientific research, particularly as a potential treatment for cancer.

Mistletoe was a sacred plant of the Celtic peoples; the Celts and Gauls called it “all-heal” or “cure-all”.

Shakespeare called mistletoe ‘baleful Mistletoe’, a reference to the Nordic mythology when Baldur, the god of peace and beauty, was slain by an arrow made from mistletoe and then brought back to life by the other Nordic gods.

Some people use European mistletoe for treating mental and physical exhaustion; to reduce side effects of chemotherapy and radiation therapy; as a tranquilizer; and for treating whooping cough, asthma, dizziness, diarrhea, chorea, and liver and gallbladder conditions.

The active constituents present in the plant are mistletoe lectins I, II and III (glycoprotein); viscotoxin (protein); galacturonan, arabinogalactan (polysaccharides), and alkaloids. 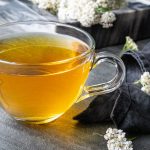 Yarrow tea – what are the health benefits? 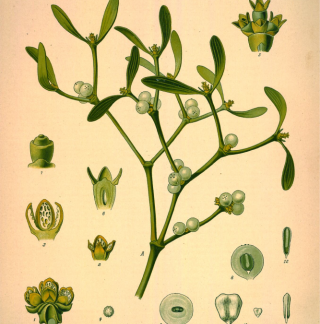