You can make a tea from dried or fresh geranium leaves. For dried leaves, use 2 teaspoons, for fresh use /14 cup. Pour 1 cup of boiling water over the leaves and let sit for 5 minutes. Strain the leaves out and drink.

Pelargonium sidoides is a plant native to South Africa.

In 1897, on the recommendation of his doctor, the Englishman C. H. Stevens travelled to South Africa hoping the climate would cure his tuberculosis.  After his recovery, Stevens returned to England taking with him roots of the South African pelargonium having learned of its use by traditional healers. Once home, he developed ’Stevens′ Consumption Cure’, which included the plant′s powdered root. He first sold it in England and then across Europe as a cure for tuberculosis.

With the arrival of more ’advanced’ modern medicines, Stevens′ remedy and therefore the plant were largely forgotten. It took several decades before this herbal drug found its way into European laboratories in the middle of the last century.

Pelargonium sidoides is very effective for treating acute bronchitis. It increases the body’s natural healing rate. Studies have found that 40-60% of patients suffering from acute bronchitis fully resolve their symptoms within a week of Pelargonium sidoides supplementation. Some people reported experiencing benefits after just two to three days. People that are not cured after a week still experience benefits from Pelargonium sidoides supplementation, since it can treat the symptoms associated with bronchitis, including headache, fever, fatigue, cough, chest pain while coughing, sputum in the lungs, rhonchi, and nasal dripping.

Preliminary evidence suggests this herb can reduce the duration of the common cold, while treating symptoms. It may also provide benefits for people suffering from lung disorders, by alleviating flare-ups in symptoms.

Pelargonium sidoides has anti-infective properties. It prevents bacteria from adhering to cells, helps fight viruses and stimulates the immune system to hunt down invaders.

Recent research has suggested that this herb may even assist in the natural treatment of the noval corona virus. 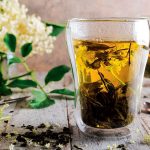 Herbs for cold and flu 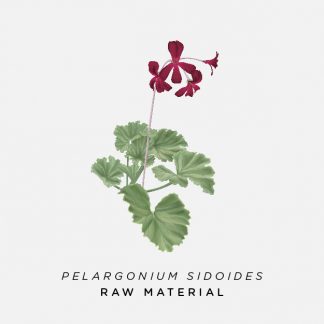