Cold infusion: ½ to 1 teaspoonful of the wood is left in a cup of cold water to steep overnight.
Drink 3 times a day.
Enema: use 1 part Quassia to 20 parts water.
Tincture: Take ½ to 1 ml per day.

Quassia Chips Bark extract is said to be many times more bitter than quinine, and can be used as a substitute in many medications that would normally contain quinine. Quassia Bark is used as a febrifuge by the traditional healers of Brazil for malaria fevers. The bitter bark also acts as a digestive aid, an insecticide, and is used to treat liver and gallbladder problems.

Quassia is becoming more well-known by herbalists in North America and is considered one of the best stomach bitters. It is especially useful for cases of lack of appetites such as anorexia nervosa and digestive sluggishness.

Its species name, amara, is derived from the Spanish word amargo, which means “bitter.” The name fits since the bark of the tree contains quassin, a substance 50 times more bitter than quinine. In fact, it’s the bitterest naturally occurring chemical known to exist. Although quassia bark is an ingredient in herbal bitters in moderate amounts, the presence of these highly bitter phytochemicals makes infusions made with this herb a very effective natural insecticide. It is the bark of the quassia amara tree that is used in herbal and homeopathic medicine. Generally, the bark is sold in ground-up chips and used to produce tonic or tinctures. The tonics and tinctures are generally made by steeping the bark in cold water for extended periods of time. The tree’s resin is among the bitterest substances on earth, so it can also be used to flavor liqueurs, jams, and puddings. Fine shavings of quassia amara bark might also be used like hops to brew beer and ale.

Quassia amara health benefits are legendary. It can be used as an anti-diarrheal, and anti-dysenteric, and even as an antimalarial. It’s used for diseases of the spleen, liver, and urinary tract. It’s good for reducing all sorts of fevers. It’s also used as a blood purifier, and even helps to strengthen the eyes of alcoholics. It encourages the secretion of gastric juices, which increases appetite and aids with digestion. It can be used to bathe the skin of measles and smallpox patients and rid the skin of external parasites. It’s a great mouthwash after tooth extraction. It’s also great as an insecticide. Quassia also lowers blood sugar levels. The health benefits of quassia chips are truly remarkable.

Quassia as a bitter tonic for the stomach, gallbladder, and other digestive problems is very effective. It increases the flow of bile, digestive juices, and saliva. It’s also effective as a laxative, amebicide, as insecticide, and also to expel internal worms. It is a digestive stimulant. These characteristics make it very useful when cleansing the colon.

How to make Quassia Tea
Place the wood chips in a cup and cover with boiling water and let soak for 10mins.
Strain. Add honey to taste. 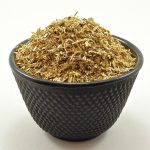 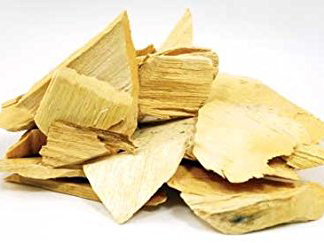