In South Africa Rue herb is also known as in wyrnruit Afrikaans, Lengana in Tswana and Mohlonyane in Sotho. It appears to have been as traditional medicine in many other African cultures too.

In ancient times, rue was an important culinary and medicinal herb. It’s mentioned in the Bible by its Greek name, “peganon.” Rue was a common cooking herb for the Romans and commonly used in a spicy seasoning paste that contained garlic, hard cheese, coriander, and celery seeds with rue leaves.

The ancient Romans used the seeds of the perennial in their cooking. Rue also had a place in Catholic rituals, so it’s known as the “herb of grace” and “herb of repentance.” Both Michelangelo and Leonardo de Vinci reportedly used rue to improve their eyesight and creativity.

The leaves, extracts, and other parts of rue have been used for hundreds of years as an insect repellent. In folk medicine, rue has been used as an antispasmodic, sedative, and stimulant for the onset of menses. In some cultures, rue extracts have been used as abortifacients

The rue plant and its extracts, in particular the tea and oil, have been reported to have antispasmodic effects on smooth muscles. This pharmacologic action has been attributed to the alkaloids arborine and arborinine and to the coumarins, in particular rutamarin. While the pharmacologic half-life of arborinine is about the same as that of papaverine, the half-life of rutamarin is approximately 20 times longer. These spasmolytic effects have also been observed in isolated GI smooth muscle.

Because the antispasmodic effect of this plant occurs at relatively small doses, rue should only be taken with extreme caution. The safety of the plant in pregnant women has not been established, and most of the literature describing its potential abortifacient effects indicates that the plant should never be ingested by women of childbearing potential. 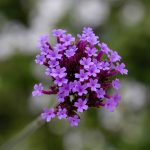 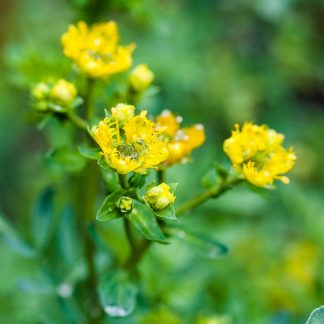