Sceletium tortuosumis is one of the oldest mesembs known to the western world. It became known to the early colonizers of the Cape in the 17th century and has been cultivated in England since 1732.

It was first described and given a Latin binomial by Carl von Linnaeus, in 1753. The Khoisan people of South Africa, who use the plant in folk medicine, introduced this mood elevating plant to the western world. In recent years, preparations from Sceletium tortuosum are commercialized as anti-depressants and to reduce anxiety. Although the plants are grown commercially on a large scale there is tremendous conservation pressure on wild harvesting of Sceletium species.

Sceletium tortuosumcontains mesembrine and the related alkaloids mesembranol and mesembranone. Mesembrine is known for its effects on the central nervous system. The compounds also act as serotonin-uptake inhibitors, and in specified doses act as anti-depressants, minor tranquilizers and anxiolytics used in the treatment of mild to moderate depression, psychological and psychiatric disorders where anxiety is present, major depressive episodes, alcohol and drug dependence, bulimia nervosa, and obsessive-compulsive disorders (U.S.Patent 6 288 104). Smith et al. (1996) review the data about Sceletium accumulated over 300 years; they record the original folk methods for preparing Kougoed and document its psychoactive properties by reporting on the experiences of several test subjects.

These alkaloids in sceletium powder, originating from Sceletium plants species, were widely found in the Western and Karoo regions of South Africa. The name Sceletium is derived from the Latin word Sceletus meaning skeleton. The derivation of the name is due to the prominent lignified leaf vein structure that is observed in dried leaves of this genus which give a skeletal appearance. Anecdotal evidence suggests that this plant is highly revered and held in great esteem by the tribes who collected and bartered it frequently in exchange for cattle and other commodities. Subsequently, the early Dutch colonists further showed commercial interest in this plant, and many plants of this family were also introduced to European cultivation.

There have been many studies done internationally on this wonderful plant.

If you are wanting to buy sceletium powder in South Africa then shop with us for the best quality, and super fast shipping to your door, postnet or pep paxi store nationwide. 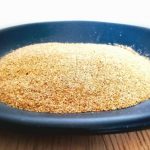