Uqonsi root has a reputation of being a powerful sexual tonic, and an African root that is widely used by men in South Africa as an aphrodisiac to boost sex drive.

In Africa, from ancient times, plants have served as a dependable and ever-ready source of medicines for the treatment of a plethora of chronic and acute diseases of mankind. The various communities and societies on the continent, in addition to ‘owning’ traditional remedies for ailments such as hypertension, diabetes mellitus, arthritis, and other chronic conditions, also ‘own’ remedies for socio-cultural diseases such as erectile dysfunction.

It has been used for centuries by African men for sexual energy and potency. Hot milk infusions of Uqonsi root, or pounded boiled root decoctions of the plant are taken in small doses in the morning and at night. The active chemical components in Uqonsi are two closely related pyranoisoflavones, Kraussianone and Kraussianone. These natural chemicals, which work by boosting blood flow to the genital area,  take effect within one hour of consumption and last up to 6 hours.

One 2007 study suggested it would be wise to develop some of the existing potent, African traditional remedies for erectile dysfunction into scientifically acceptable natural medicines.

Herbal supplements like uqonsi are the best solution since they have little to no side effects. It may take time to achieve your desired goals but these medications can help you boost your performance largely. When you take any new supplements, consulting a doctor is always important as he/she will guide you the right way and help you achieve better results.

If you are wanting to buy uQonsi in South Africa then shop with Herbology as our products are sustainably sourced and of high quality. We supply uQonsi and bulk across South Africa. 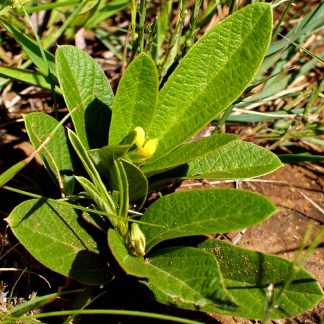