What Is Valerian Root?
Valeriana officinalis, commonly known as valerian, is an herb native to Asia and Europe. It is now also grown in the US, China and other countries.

Flowers from the valerian plant were used to make perfume centuries ago, and the root portion has been used in traditional medicine for at least 2,000 years.

Unlike its delicately scented flowers, valerian root has a very strong, earthy odor due to the volatile oils and other compounds responsible for its sedative effects.

Interestingly, the name “valerian” is derived from the Latin verb valere, which means “to be strong” or “to be healthy.” Valerian root extract is consumed as a tea or ground into powder form and put into capsules.

To make valerian root tea, steep a teaspoon of the dried root in one cup of hot water for 10 minutes.

If you are using this as a sleep aid, consume 30 to 60 minutes before bedtime.

Valerian has been used as a medicinal herb since at least the time of ancient Greece and Rome. Hippocrates described its properties, and Galen later prescribed it as a remedy for insomnia. The Native Americans used it in healing wounds and ulcers, as well as a cough remedy.

With a history stretching back to at least Ancient Greece and Rome, the Valerian Root has been used as a sleep aid, for anxiety relief and much more through the ages. Greek physicians Dioscorides and Galen touted it as a remedy for poison, whilst it was used as a cure for epilepsy in the Middle Ages. However, it is as a treatment for nervous disorders that Valerian has become most noteworthy.

Valerian root contains a substance known as valerenic acid that is believed to affect gamma-aminobutyric acid (GABA) receptors in the brain. It is believed that one of the purposes of GABA is to control fear or anxiety experienced when nerve cells are overexcited. By doing so, valerian may act as a mild sedative and anxiolytic (anxiety-reducing drug).

Some possible benefits of valerian root that have been reported by users include:

To make valerian tea, add 2 to 3 grams of dried valerian root (roughly 1 to 2 teaspoons) to one cup of hot water and allow to steep for 10 to 15 minutes. 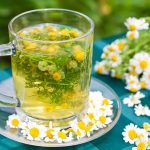 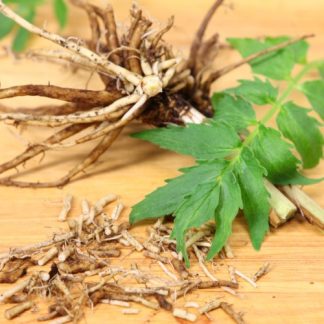