We sell wholesale Vanilla South Africa pods directly to you. Use the vanilla pods in your cooking and herbal concoctions.

Some South Africans have caught onto the fun art of making one’s own vanilla essence which will rival any store bought vanilla essence any day! We know of some people who have vanilla pod beans which have been soaking in alcohol for more than 10 years! Magical essences like this can never be bought in-store, and armed with such an ingredient your dessert is bound to raise eyebrows at any meal time.

Vanilla is the only variety out of 25,000 species of orchid that produces an agriculturally useful product, vanilla is literally unique—and it could hardly be more exotic: It’s one of the most complex flavors in existence (with more than 200 flavor compounds), it’s the second-most expensive spice in the world (after saffron) and its history is steeped in intrigue, ancient civilizations, piracy, and brutal conquest.

The plant that produces the delicious vanilla bean has its origins in Mexico and was kept secret by the native Totonac Indians for centuries. The Totonac Indians were conquered by the Aztecs who kept these glorious vanilla plants to themselves. It was only when the Aztec empire was defeated by Hernán Cortés, a Spanish Conquistador, that vanilla pods were brought back to Spain in the 1500s. This is when vanilla was officially introduced to Europe and then to the rest of the world.

A single vanilla vine was literally smuggled into the Réunion Island of Madagascar around the year 1793 with the hopes of being able to successfully grow vanilla in Madagascar. There was a snag in this plan, though. While vanilla orchids were growing successfully and flourishing with beautiful flowers, the vanilla pods themselves were rare.

This was because a key player was missing – the Melipona bee, the original pollinator of the vanilla plant in Mexico. Without them, vanilla pods were seldom able to grow and were only occasionally pollinated by local insects that are not attracted to these plants in the same way as the Melipona bee.

In 1836, Belgian botanist Charles Morren discovered that hand pollination was technically possible – however, he could not successfully pollinate the vanilla plant with his chosen technique. It wasn’t until a year later, in 1841, that a 12-year-old slave named Edmond Albius of Réunion perfected the hand pollination method.

Surprisingly, this was achieved by taking a thin stick or a blade of grass to lift rostellum, the little flap that separates the male anther from the female stigma, while simultaneously extracting and rubbing the pollen from the anther over the stigma.

On their own, mature vanilla beans are greenish-yellow, and their aroma is actually a bit unpleasant. Not at all like the characteristic “vanilla scent” and dark-brown colour we associate with vanilla products from the store! The key is a process known as curing, which encompasses many different chemical and enzymatic reactions — basically, the beans are thoroughly processed so they can get the desired colour, flavour, and aroma compounds we all know in our minds as “vanilla”.

Today, manually pollinating every vanilla orchid using a tiny bamboo stick is still the main method used for farming vanilla beans, making it extremely labour-intensive. What’s more, within the short 24-hour period that a vanilla orchid is blooming, artificial pollination needs to occur between 8 and 11 in the morning to result in fertilisation and fruiting. About 10–12 months after fertilization, the vanilla beans will be fully matured and can be harvested by hand.

Vanilla is one of the priciest spices, due to the labour-intensity of manually pollinating each flower, and the long curing process before any profit is recovered. The only spice consistently more expensive than vanilla is saffron.

With more than 170 aromatic compounds comprising the flavour of the vanilla bean, a synthetic match has been hard to devise. Although the molecule “vanillin” makes up a third of the flavour, the supporting aromatic molecules that round out the characteristic “vanilla” are still a bit of a mystery. That’s why the “vanilla essence” you get on the market, where vanillin is artificially synthesised, never reaches the full roundedness of original vanilla.

Have you ever thought about making your own vanilla essence? More and more South Africans are starting to make their own vanilla essences by taking vanilla pods and soaking them in alcohol for 24 months! You may think this is a long time to wait to enjoy your home made vanilla essence, but we can assure you the result is a product far superior than anything available at your local store and will make your desserts seem other worldly!

Depending on the preference and even the type of vanilla pods, some people choose to either soak the vanilla pods in vodka, rum or bourbon.

Put the vanilla beans in a glass jar with a tight fitting lid.  We used mason jars.

Cover the beans completely with alcohol.  It’s three vanilla beans per cup of alcohol, so if you use 2 cups of vodka split open six vanilla beans and throw them in the jar.

Tightly cover the jar and give it a good shake.  Store in a cool dry place for 12 months.  Give the bottle a good shake every week or so, just so you don’t forget all about it.

While some may argue you can start using it from Month 2, ideally the longer you wait, the better the result. You can also top up your “Mother” jar with new beans and alcohol as you use it. 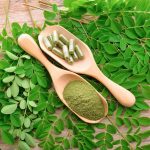 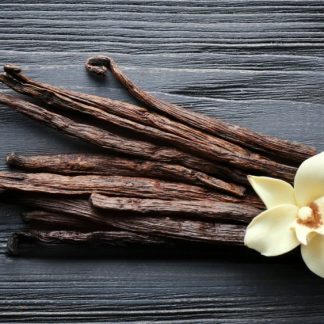