For centuries herbalists have recognized the healing properties of walnut leaves.

High concentrations (up to 10%) of astringent compounds called tannins account for most of the healing qualities in walnut leaf preparations. Tannins tighten and constrict tissues, making them valuable for protecting areas of skin and controlling inflammation and itching.

Topical formulations of walnut leaf are popular treatments for mild and superficial eczema and for excessive sweating of the hands and feet. In France in particular, the leaf is often applied to sunburns and to scalp that is peeling and itching from dandruff. The herb is useful for a host of other mild skin disorders as well.

According to researchers, the leaves even have bacteria-killing, anti-parasitic, and insect-repelling properties. This largely confirms long-held folk beliefs about the healing qualities of the leaf. An intriguing survey of older farmers and shepherds in central Italy, published in the Journal of Ethnopharmacology in 1999, found that walnut leaf was one of the local plants most frequently used for repelling insects and treating parasitic infections on the skin.

Preparation. Typically, the leaves (not the nuts themselves) are dried and chopped before boiling them to make a very strong tea (decoction). Once cooled, the tea is used in compresses, rinses, and other formulations that can be applied to the skin. It can also be added to bath water.

To make a decoction (boiled tea), use 90g of dried, cut-up leaf per 1 cup of water; bring the mixture to a boil in a small pot and simmer gently for about 15 minutes. Allow to cool before using it in compresses and other topical formulations, or in soaks.

Walnut leaves have been safely used through the centuries as a home remedy for skin conditions. Given its astringency, however, be sure to apply walnut leaf preparations so that the affected area still gets enough air circulation. For the same reason, avoid covering large parts of the body simultaneously with walnut leaf compresses.

Actually when it comes to the health benefits the nutritional value is not really different with the regular walnut. It is said that it has the same effectiveness in fighting fungal infection just like the nut. The dried leaves are among the essential in the important list of herbs and health benefits are well known worldwide because they make a great herbal tea to fight and prevent several health conditions. Below are 10 amazing benefits of black walnut leaves.

Anti-fungal and anti-bacteria agents are the most important properties found in black walnut leaves. It makes a great anti-parasite and has been used traditionally as home remedy to such conditions for over centuries.

What kind of skin conditions that could be treated using black walnut leaves? The list is including eczema, psoriasis and some other light skin diseases. It is due to the anti-fungal agents contained in black walnut leaves as mentioned in previous point.

The fact that black walnut leaves are good to treat several skin conditions caused by bacteria and fungal have been mentioned in the previous point. However, it is also great to sooth and calm your skin after a severe sun burn.

Itchy scalp is not going to be fatal but it could be really annoying. There are some factors that could cause the conditions and dandruff is among the common causes. Most people may have known about the health benefits of almond oil for hair but less people know about dried black walnut leaves. Just rinse your hair with water mixed with dried black walnut leaves could treat the conditions instantly and naturally.

There are some old journals that are actually stating there are some old farmers who are using the walnut leaves as insect repelling. Well, if you want to bring all natural things to your home, instead of using insecticide to repel insect which could be dangerous for human health, using dried black walnut leaves as insect repelling is not only healthy but also environment friendly.

Another benefit is due to its astringent quality. Black walnut could be used to help reducing excessive sweating by shrinking the sweat glands.

Due to the same properties as mentioned in point number six. In medical world, black walnut leaves also used to help controlling menorrhagia. It is one of the conditions where women are suffering from excessive blood during period. Though it is not completely treating the condition but it has been proved to be able preventing the further loss of blood by controlling it.

Not everyone knows the fact that how to prevent diarrhea naturally is by dealing with the condition naturally as well. Instead of taking medication, it is better to have dried black walnut leaves in your cupboard for emergency. Though diarrhea is not something you could deal with lightly and black walnut leaves are only for first aid only.

If drinking tea made from black walnut leaves shouldn’t be done regularly but you could use it as bath water anytime you want it. The aromatic earthy aroma of the leaves is great aromatherapy for you during bathing time. Moreover, the anti-fungal agents found in black walnut leaves are excellent for the health of your skin.

Walnut leaves have been safely used through the centuries as a home remedy for skin conditions. Given its astringency, however, be sure to apply walnut leaf preparations so that the affected area still gets enough air circulation. For the same reason, avoid covering large parts of the body simultaneously with walnut leaf compresses. 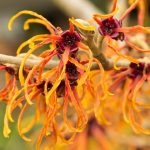