Are you wondering where to buy wild yam in South Africa?

Its name in different languages connects to its appearance – its rough skin resembles a tortoise shell. It’s known as ‘Elephant’s Foot’ in English, in isiZulu ‘ingwevu’, meaning grey/old or ‘ifudu’, meaning tortoise; in Sepedi the name is ‘Kgato’ – ‘to stamp’.

By the early 1950s, South African botanists had identified Dioscorea sylvatica as promising. Boots, a major British pharmaceutical company, was keen to develop a source of diosgenin to manufacture corticosteroid medicines and started a factory in Johannesburg in 1955 for the initial stages of processing the plant.

Systematic extraction began in the eastern and north eastern part of the country, plundering a plant used by traditional healers for muthi (traditional medicine).

A South African botanist recorded in the 1910s that the plant was used by African people for its saponins with medical properties. A wider range of uses were mentioned in The Medicinal and Poisonous Plants of Southern Africa, first published in 1932.

Most wild yam benefits have been attributed to steroidal saponins, chiefly diosgenin. However, a number of flavonoids and phytosterols – including sitosterol, stigmasterol, and taraxerol – have also been found in the wild yam root, as well as dioscorine, tannins, starch, vitamin C (ascorbic acid), and beta-carotene.

Wild yam has been found to contain about 3.5% diosgenin, which is primarily used as a source in the synthesis of a sex hormone called progesterone, as well as for the production of cortisone and other steroids prescribed in hormone replacement therapy (HRT), which benefit women with fertility problems, irregular menstrual cycles, and hormone deficiencies due to menopause and post-menopause. Wild yam has been used traditionally for uterine and ovarian spasm, including dysmenorrhea. When used for infertility it is employed to optimize estrogen levels and improve the quality and quantity of cervical mucus, if the cervical mucus is too viscous or too sparse.

Preliminary studies have also shown the stimulating effects of diosgenin over fat metabolism and bilis production. This compound can inhibit the pancreatic enzymesthat aid cholesterol absorption, as well as protecting the liver from oxidative damage.

At this time there is not enough scientific information to determine an appropriate range of doses for wild yam. 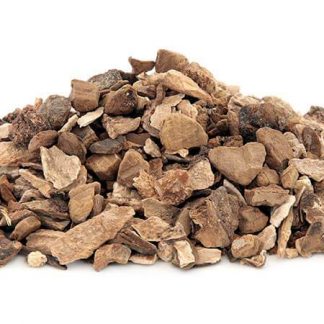