Are you wanting to buy Witch Hazel Leaves in South Africa?

Why Is it Called Witch Hazel? The plant’s name does not refer to witchcraft, but comes from the Middle English word wych or wyche, meaning pliant or flexible, which is a reference to the plant’s very flexible branches. The “hazel” in the name comes from the plant’s similarity to the common hazelnut.

The golden flowers blooming in the dead of winter may have been the first clue to Native Americans that there was something unusual about witch hazel. Beyond being used in the first mass-marketed American-made toiletry (originally called Golden Treasure, then renamed Pond’s Extract) — and being one of the only medicinal plants approved by the Food and Drug Administration as a non-prescription drug ingredient — witch hazel has been pressed, boiled, and steamed into the service of human health for centuries.

Preparations of H. virginiana have been used traditionally by Native Americans as food and medicine, and for sacred and other purposes.20 The Cherokee used an infusion of witch hazel plant parts for colds, fever, sore throat, tuberculosis, pain (including gynecological), as a beverage, and as a wash for skin sores and scratches. The Chippewa (also known as the Ojibwe) used an infusion of the inner bark internally as an emetic in cases of poisoning and externally for skin conditions and sore eyes. The Menominee used H. virginiana twigs in an infusion “to cure a lame back” and in a decoction rubbed on the legs to keep them limber. They also used the seeds to divine if a sick person would recover and as sacred beads in medicine ceremonies. The Mohegan made an infusion of twigs and leaves for topical use on cuts, bruises, and insect bites. The Potawatomi used witch hazel twigs in a steam bath for sore muscles.

In manufacturing, witch hazel leaf extract, bark extract, and witch hazel water are used as astringents to tighten the skin. They are also included in some medications to give those products the ability to slow down or stop bleeding. Those medications are used for treating insect bites, stings, teething, hemorrhoids, itching, irritations, and minor pain. 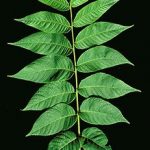 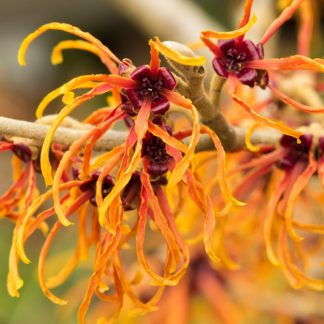